The trap of quality documentation

Is photo documentation good quality management? No, it isn't. It is preparation for warranty claims.

This deliberately provocative introduction needs clarification. In this blog, documentation refers to the different photography of processes and constructions at the worksite and during prefabrication. Thus, the documentation does not refer to, for example, meeting minutes, additional and change orders, site diaries, or other important electronic documents at the worksite.


Now let's get right to the point.

I do not have statistics, but even without it, I know that the number of photos taken at worksites has exploded over the last decade. In 2010, we were taking photos with a digital camera and tried to find a convenient moment for naming and archiving the pictures. This was not done often. In 2020, we are busy taking photos and large amounts of information are retained about what has been done, where, and when. This is facilitated by advanced phone cameras, helmet cameras, 360 cameras, and various applications that use a camera. In addition, live video is received from worksites for the real-time requirements of several parties so that, for example, a general review of the worksite can be carried out remotely, or the progress of the production can be monitored at a general level compared to schedules.

In addition to the above, awareness of the importance of photo documentation and value has increased. Many people know - and everyone should know - that a single photo can be priceless for an operator when proving, for example, who is responsible for water damage. With its evidence value, a photo taken at the right time can prevent unnecessary, valueless disputes between the parties. However, this evidence does not add value to the building itself, the project, or its users, but is rather a part of the responsible operator's self-defence and preparedness plan. When property developers, main contractors and subcontractors argue with each other, everyone loses. Responsibility is shifted, corrective actions are delayed and the tenant, i.e. the end customer, is frustrated and disappointed. The reputation of the construction industry is damaged. Some parties feel it in their wallet more than others. This is what I mean by preparation for warranty claims, which I mentioned at the beginning of the blog.

Photo documentation is also a great way to record the steps that are covered behind surfaces. Before concrete pouring or drywall assembling, photos are taken for possible future needs. Previously, a search for photos lasted for hours or even days if they were needed afterwards. Now the right images, if taken and tagged to the location, can be found in a few minutes.

Why is careful photo documentation not a guarantee of quality alone?

So what's rotten here? Why is careful photo documentation not a guarantee of quality alone? Let's take an exaggerated example.

You're sitting in a plane preparing for take-off. You're sitting in a window seat at the wing. You'll notice the wing hanging strangely and also that your window glass is broken. You're panicking about it to the air hostess, who's calming you down: don't worry, we've documented those parts.

I’m sure you get the point.

Simply taking a photo doesn't tell anyone what has been checked when the photo was taken, or whether things are good or bad. Nor does it direct the photographer to inspect important issues. I don't think aircraft  inspections vary from day to day or depend on what the individual inspector happens to know about the case.

Besides, many things require a physical examination, such as whether all the arch supports below the archmould are properly tightened. The photo doesn't provide evidence of this.

An integral part of quality management is the checklist, which contains items that are important for the work package. Where possible, these items should be specified, such as that the supports are installed at intervals of <400 mm, rather than stating generally that the supporting has been carried out as planned, or other generalities. The checklist should be based on the plans of that specific project so that it indicates where the quality of that project should be inspected. A duplicate list, where the checked items are not related to the project at all is, unfortunately, worthless. Marking the item with just ‘OK’ i​s not always enough either. When a well-planned inspection is done on time in the field and it is complemented by good photo documentation, we are already close to optimal performance.

This is followed by one of the most important things that can easily be forgotten during the digital corona period when taking pictures is easy and we try to avoid unnecessary contact.

The review should be done together with the building contractor or at least forward the feedback to the building contractor. Otherwise, there is a risk that the same error will be repeated in subsequent areas or blocks and that the same recurring error will eventually be corrected in several places. Even if the repair would be paid for without question by the subcontractor, who made the mistake, it will not add value to anyone.

Quality assurance is a collaboration. When any deficiencies found in the inspection of the first worksite are corrected and the building contractor is instructed on what needs to be changed, the probability of the need further repair decreases. No one wants to do the same thing multiple times, incorrectly first and then have to correct it.

Careful task control and quality assurance of the work steps take more time at the beginning, but it pays off during the construction. However, in general it saves time, money, and nerves. It's better to take control of the process from the beginning than to solve problems during the entire construction time or repair expensive mistakes years later when it would have been easy to avoid them during the production phase. 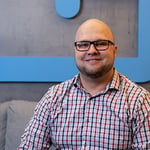 Take your site documentation to the next level

WSP chose Congrid as their tool for building documentation and inspections

END_OF_DOCUMENT_TOKEN_TO_BE_REPLACED

Products
Project services
Trainings
Get started for free
Contact us